Michael Zilber has led many bands featuring some of the best in jazz. You can listen to and buy all of his recordings as a leader (12 and counting) right here. 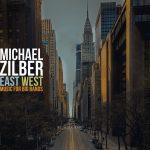 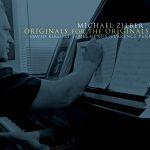 Originals for the Originals

A tribute to saxophone giants by one of California’s leading saxophonists Michael Zilber (“One of the best players and composers anywhere, period” – David Liebman, “Soulful, Flawless” – AllAboutJazz), this ORIGIN CD, Originals for the ORIGINALS, is written in homage to John Coltrane, Wayne Shorter, Dave Liebman, Michael Brecker, Sonny Rollins, Paul Desmond and Joe […] 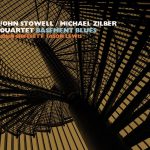 Basement Blues is the 3rd collaboration by Zilber and Stowell, released in August 2016. The quartet, with bassist John Shifflett and drummer Jason Lewis, has worked together for a decade now, and Jazz Times reviewer DAN MCCLENAGHAN describes Zilber as a “soulful, flawless” player and raves that “with three disc’s now to their credit, the […] 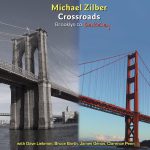 Crossroads: Brooklyn to Berkeley features the first release of all original compositions by Zilber since 2000’s Two Coasts, the Independent Music Awards Jazz Record of the Year finalist. For Michael, who has co-led a band with drumming superstar Steve Smith since 1995, this represents a real change of musical direction. “I love Steve, value our […] 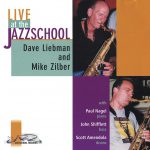 Dave Liebman And Mike Zilber - Live At The Jazzschool

Recorded live at The Jazzschool in Berkeley, this disc brings together a great band co-led by Michael Zilber and his mentor, jazz legend Dave Liebman. The band also features Paul Nagel on piano, John Shifflett on bass, and Scott Amendola on drums. From Andrew Gilbert’s liner notes: “Rather than facing off in a saxophone duel, […]

Recorded live at Berkeley’s California Jazz Conservatory in 2012 at the end of a two-week tour, “Live Beauty” captures the lithe and dynamic Bay Area quartet that John Stowell and Michael Zilber have co-led for the past 7 years. It well represents the effortless empathy and telepathy these four musicians have developed during that time. […] 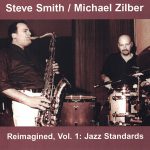 This is the CD released on Blue Jay Records by the Steve Smith–Michael Zilber quartet, featuring Paul Nagel on piano and John Shifflett on bass. 8-time Grammy-winner Michael Brecker says “An inspired and burning CD by Mike Zilber, Steve Smith and friends. Mike has chosen some familiar jazz standards and through the process scientifically known as ‘Zilberization’ […] 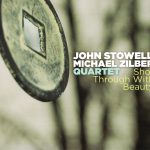 Shot Through With Beauty

Master musicians guitarist John Stowell and saxophonist Michael Zilber team with the Bay Area’s first-call rhythm team of bassist John Shifflet and drummer Jason Lewis, crafting a unique and dynamic recording of modern jazz that transcends the whole. Telepathic exchanges are in abundance as the group tackles a compelling mix of originals and compositions from […] 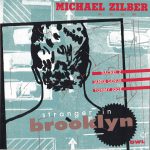 Michael’s second recording for Owl/EMI, was named one of the 30 best recordings of all time by jazzfusion.com. Produced by and featuring jazz master Dave Liebman, Stranger also showcased Zilber’s working New York band of James Genus (Brecker Brothers), Rachel Z (Wayne Shorter), and Tommy Igoe and was a Billboard Magazine pick of the month. Buy […] 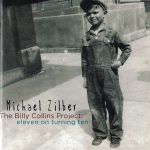 The Billy Collins Project has been a true labor of love for me. It features eleven poems by Billy Collins, America’s most beloved and widely known poet (and its former poet laureate), set to music for voice, sax, piano, bass, and drums. Back in 2002, as my son Maclen was turning ten, his mother showed […] 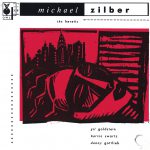 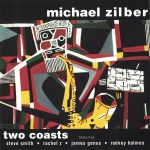 This recording, which was a finalist for The INDEPENDENT MUSIC AWARDS Jazz Record of the year, has work from three of Zilber’s favorite NYC musicians, James Genus, Rodney Holmes (Brecker Brothers, Wayne Shorter, Santana) and Rachel Z, as well as the first ever recorded duets between Zilber and drumming virtuoso Steve Smith (Steps Ahead, Vital […]